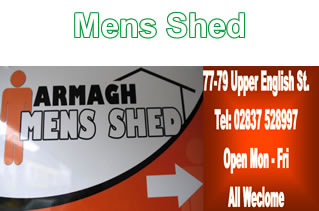 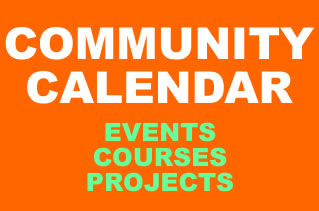 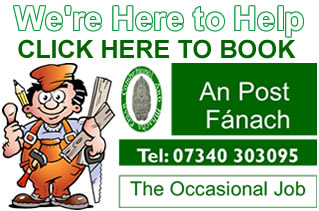 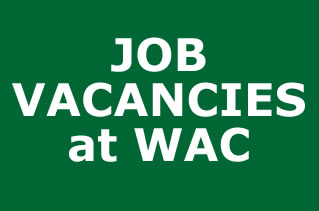 Welcome to West Armagh - About Us

Welcome to the West Armagh Consortium's website. We hope that you will find this both interesting and informative. We would like to take this opportunity to give the reader some background to us.

The West Armagh Consortium (WAC) was constituted in November 2002 as a voluntary amalgamation of local community groups from Armagh City West. As a non-sectarian and politically unaffiliated umbrella organisation, the Consortium welcomes affiliations from all new and existing community and voluntary groups in our catchment area. The groups currently affiliated represent districts within the three electoral wards of Abbey Park, Callanbridge and Downs.............. 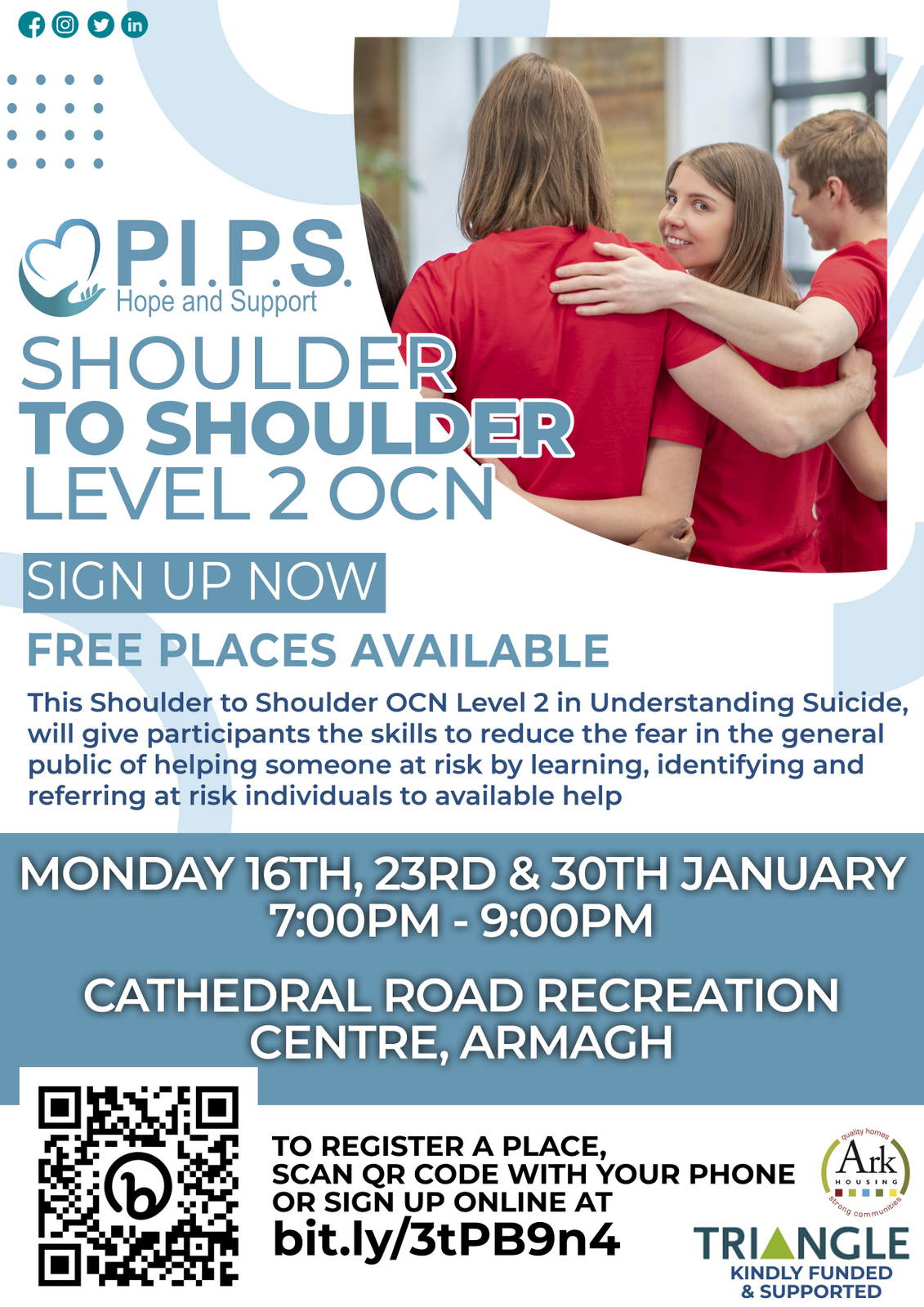 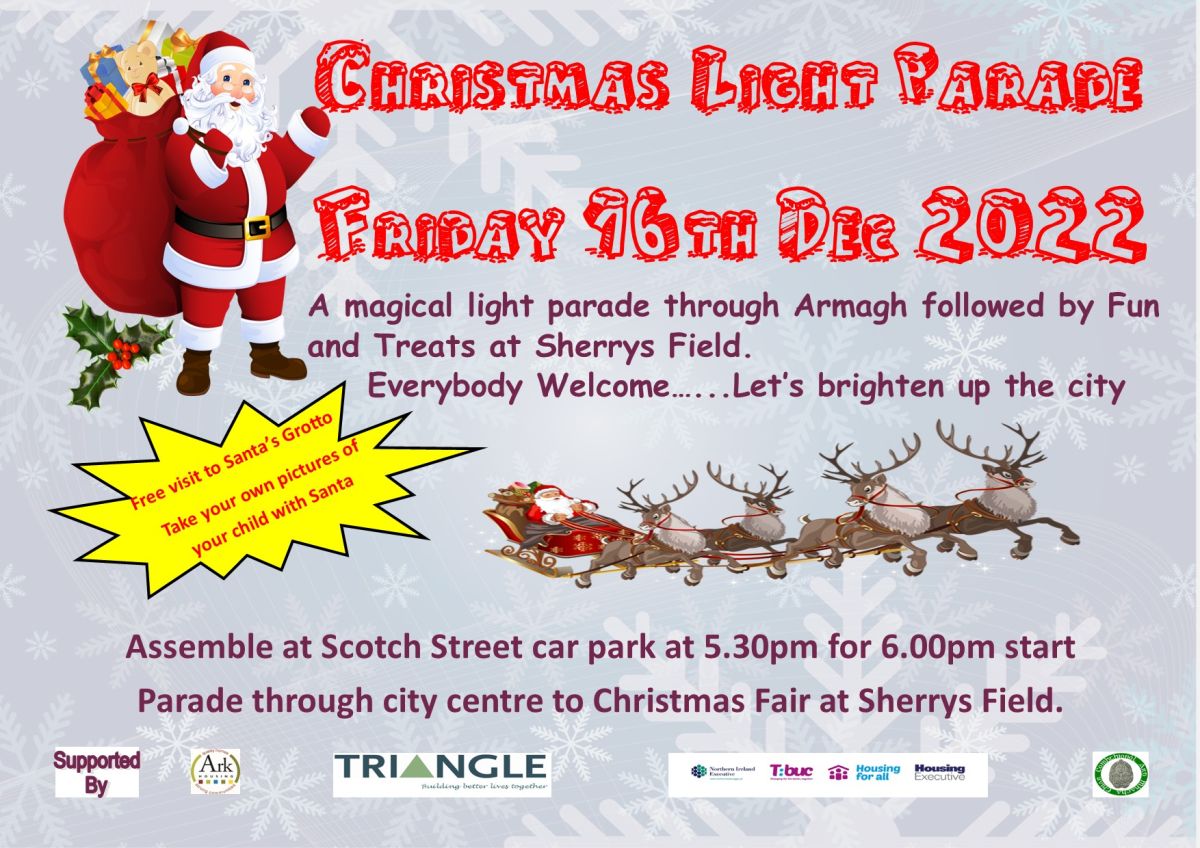 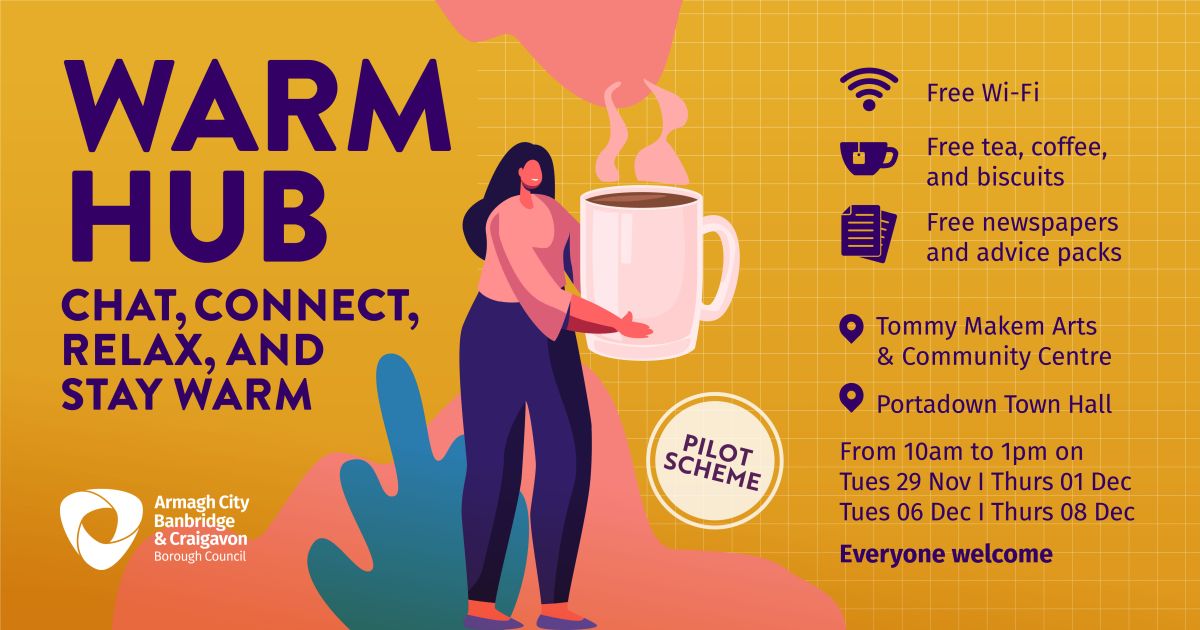 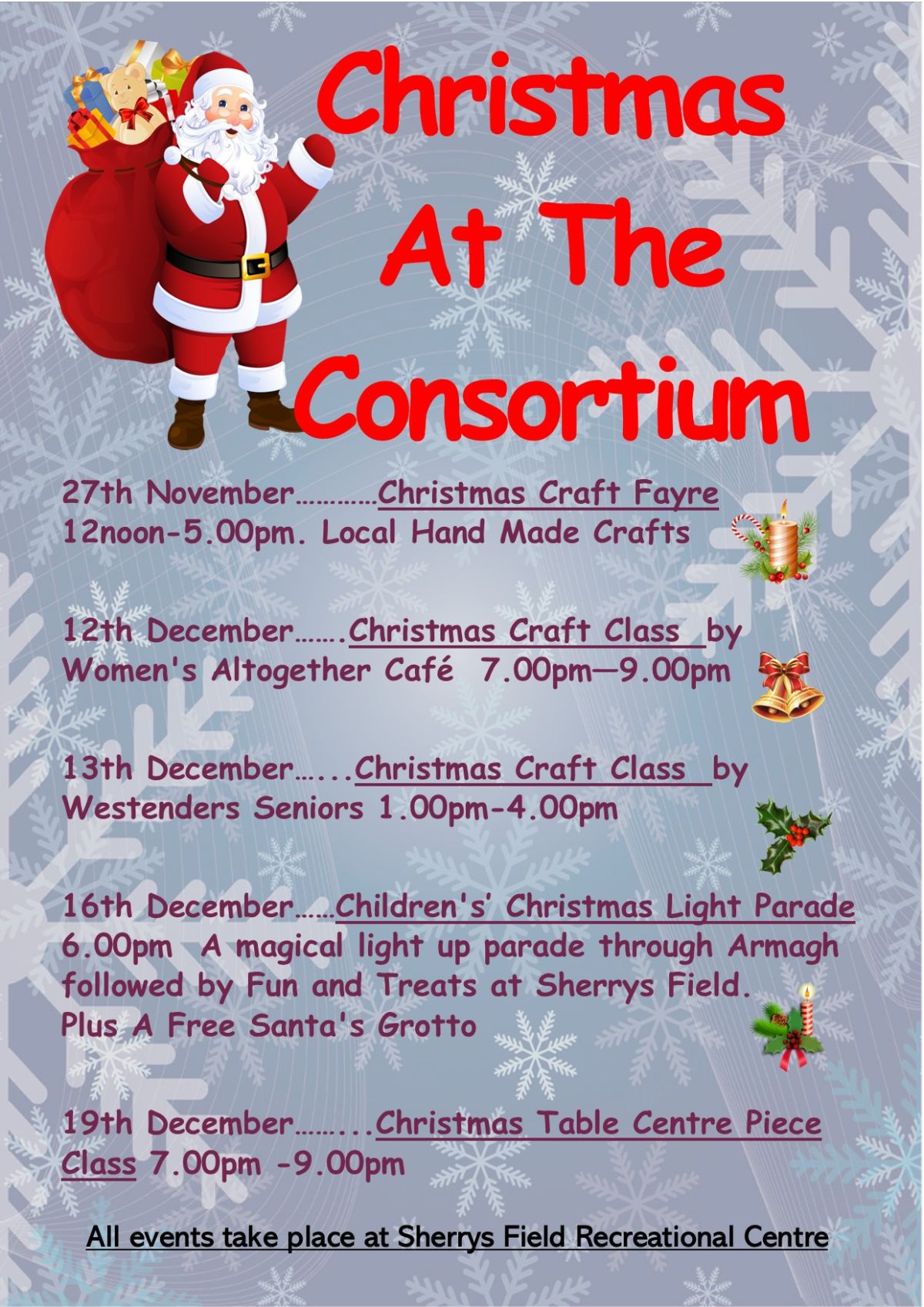 The Department of Communities will be delivering an advice clinic on Friday 11th November 10.00am - 12.00noon in Sherrys Field Recreational centre.  Advisers from DfC will be a availabe to answer any of your questions. Help in availabe on a wide range of issues, not only benefit entitlements.

To facilitate the smooth running of this clinic, anyone wanting to attend should contact WAC to book an appointment.If there are more appointments than can be handled on the day, then a further clinic can be arranged. Contact numbers are as usual 02837522579 or 07759949314. Alternatively you can email at   This email address is being protected from spambots. You need JavaScript enabled to view it. 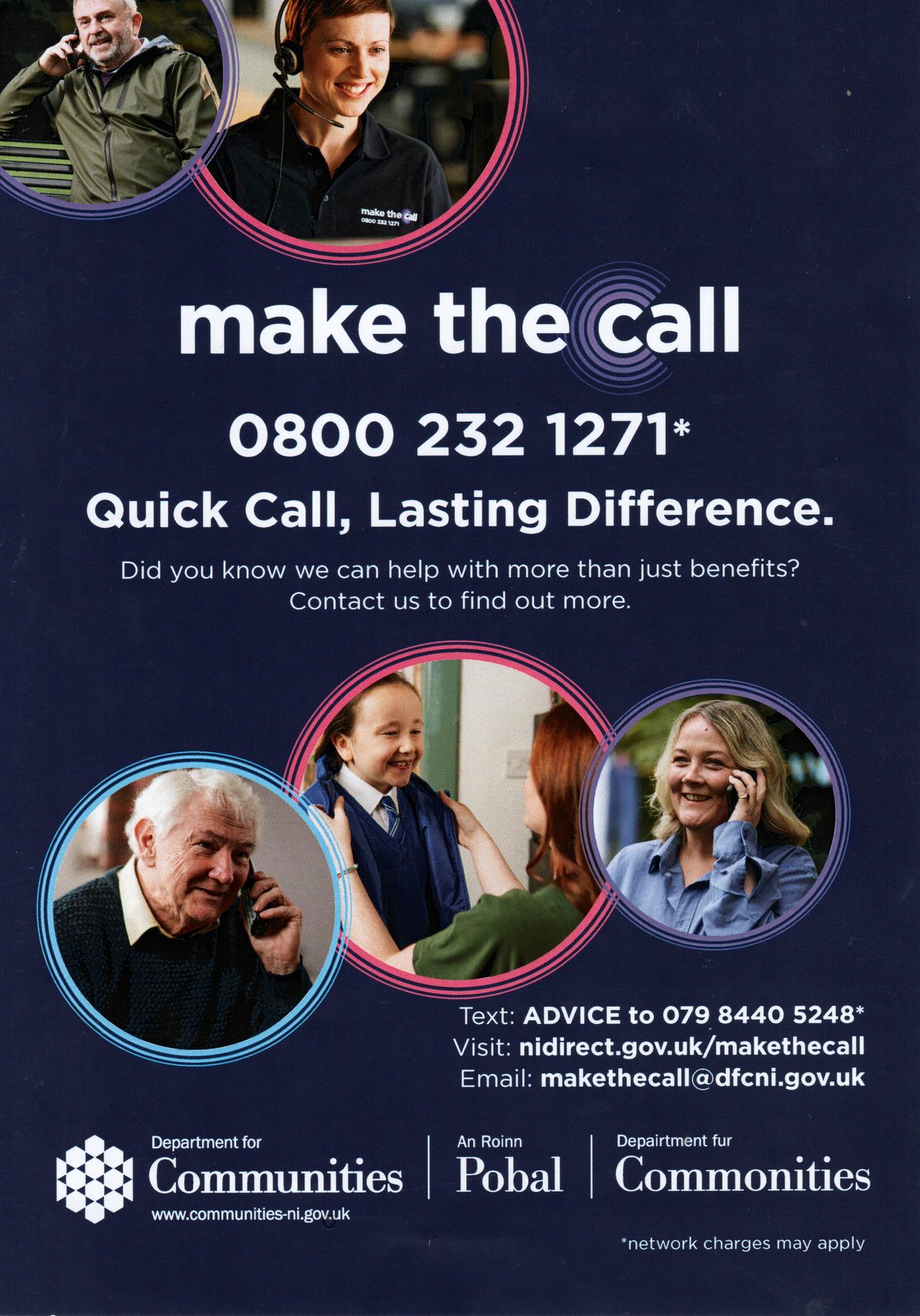 Make The Call is a service, provided by the Department for Communities that aims to help identify people entitlements and assist with benefit claims. The service also offers other useful advice in the face of the Cost of Living Crisis.

The West Armagh Cosortium is offering a free counselling service . Counselling covers a wide range of issues and by its very nature is tailored to the clients individual needs.The service will be strictly managed in line with recognised and approved proceedures and protocols.Details of this service are contained within the poster below. Contact Emma to book an appointment. 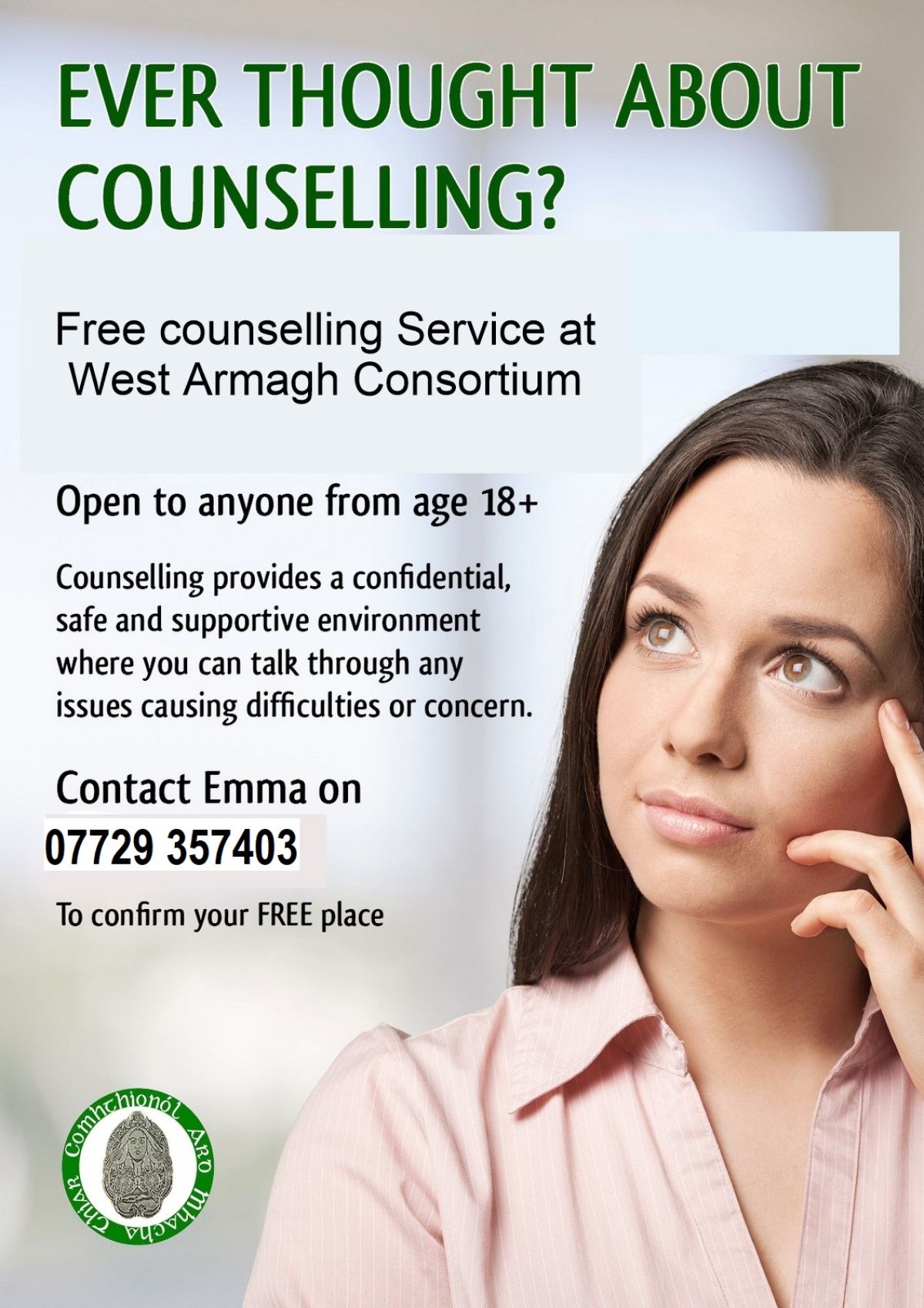 With continued pressure right across the health and social care system, we ask for your support in promoting our ‘Phone First’ service.

We appeal to anyone with urgent but not life threatening symptoms to please ‘Phone First’ before attending our Emergency Departments or minor injuries services.

The team will help you get the most suitable advice or service as quickly as possible. 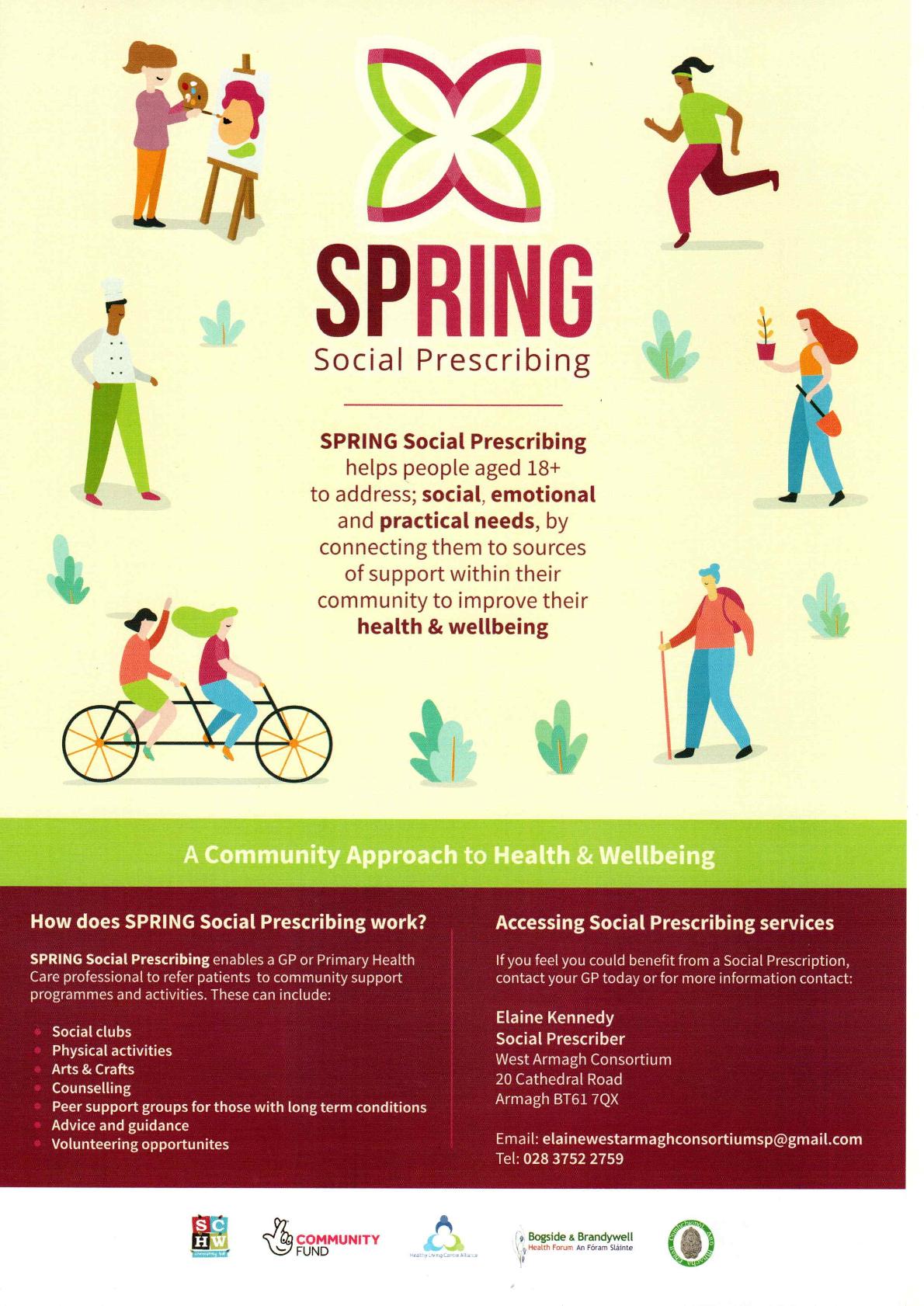 We are indebted to Martin McCann for the video monatge of the St.Patricks Day Parade.Please follow the link below. 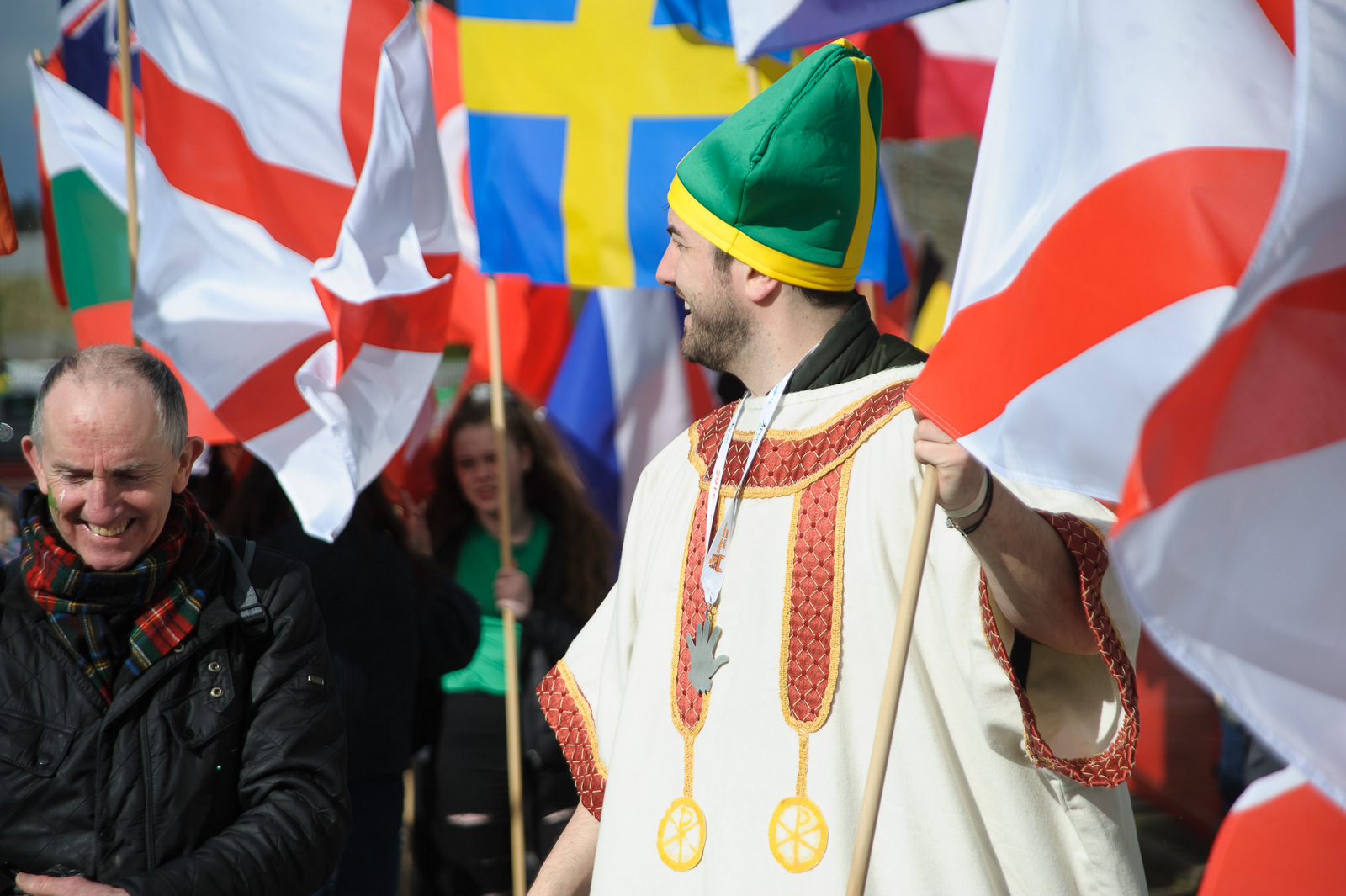 The streets of Armagh were thronged with people who came out to enjoy the community parade organised in response to the ABC Councils decision to change its own St. Patricks Day Procession. Lead by a flag party consisting to 25 national flags and walking behind the St. Patricks Flag, the parade made it way through the streets for its finishing point at Sherry Field Sports Complex. Even the odd shower of rain couldn't dampen people’s spirits who can out in their droves to both spectate and walk in the parade.

The organisers have thanked everyone who helped out with the organising of the parade and the many individuals and business who donated money that was used put the parade over. Speaking on behalf of the organising group, Stephen Fields said “The response to the news that the council had changed the St. Patricks Day parade has been phenomenal. The community stepped up to the plate and came out in force. This was very evident in both the turnout and the volunteers who helped out in every way. This included  the making of flags/bunting, the donations of materials, the stewards, messages of support and willingness to be involved. Due to the complete lack of consultation on the part of the council (council has still not responded to our initial letter), we only had just over 4 weeks to organise this parade and it could not have been done without this support. A big thank you to all and all credit is due to the community. 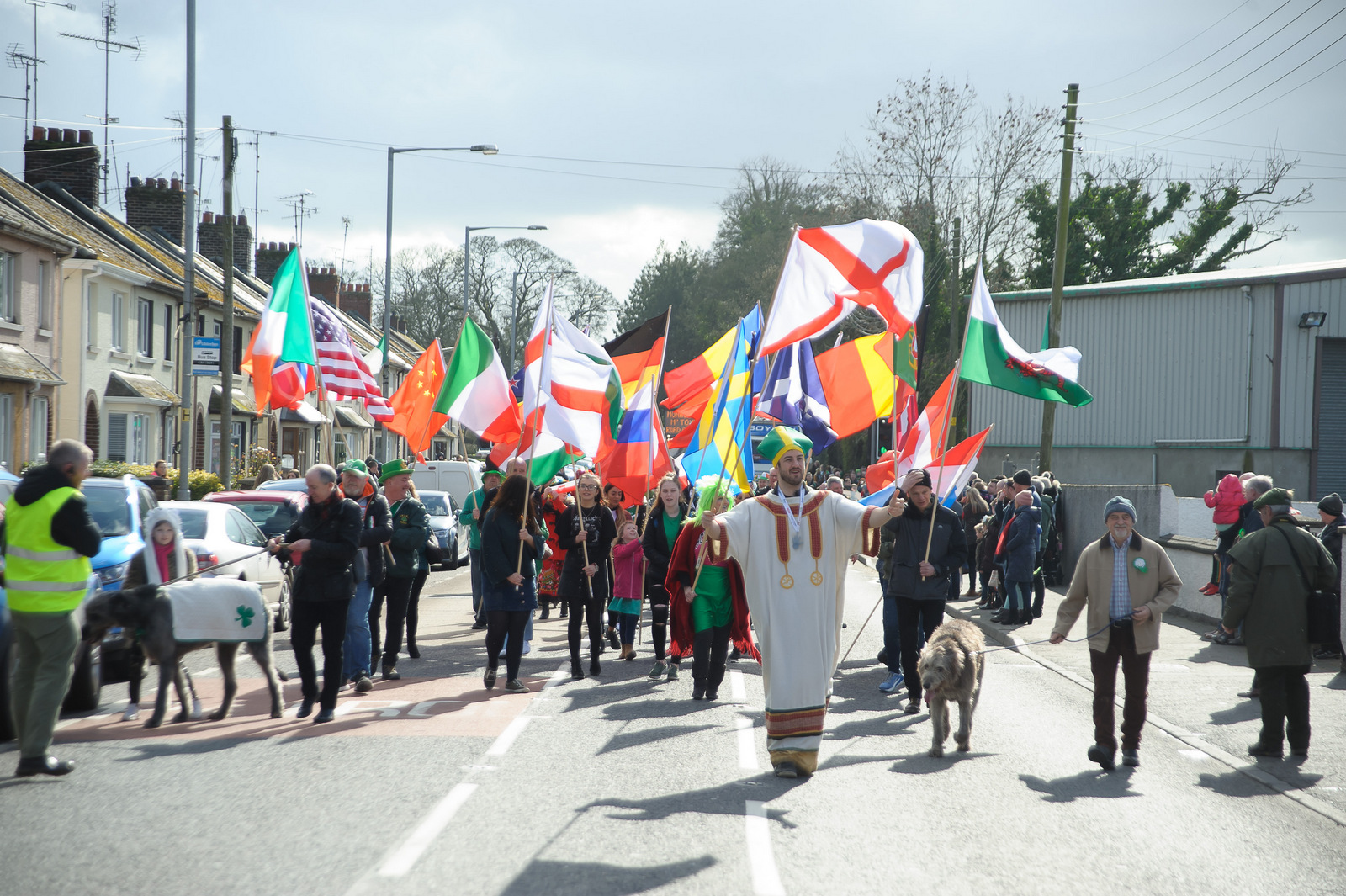 “Sundays parade was an example of inclusiveness. We sought to include as many as possible and to do so in a festive and community spirited manner. Numerous people have thanked WAC and the organising group for putting on the parade, but the real thanks goes to the people who by their actions over the weekend completely vindicated our decision to go ahead and organised the parade in response to the council’s disgraceful decision to change the day.”

It has been described as one of the biggest and colourful parades in years going back to the time when the community used to organise monster parades through the town. Those parades were at a time when the council hardly recognised St. Patricks Day but eventually through constant pressure from local representatives the council began to take the day onboard. However, that has not been a smooth journey, they  have almost been dragged kicking and screaming to the conclusion that as a public body they should be supportive of everybody's expressions of culture and views. Nevertheless and even to this day, they  have sought to mitigate against the parade and any sense of Irishness . Their choice in bunting omits the recognised colours of green and white. They have a lengthy list of pre-conditions for those wanting to take part in the parade , so much so, that in recent years there has been very little community buy in. This in turn has forced the council to rely more and more on professional street performers. While such acts are very colourful, they alone cannot command the support and widespread community participation. 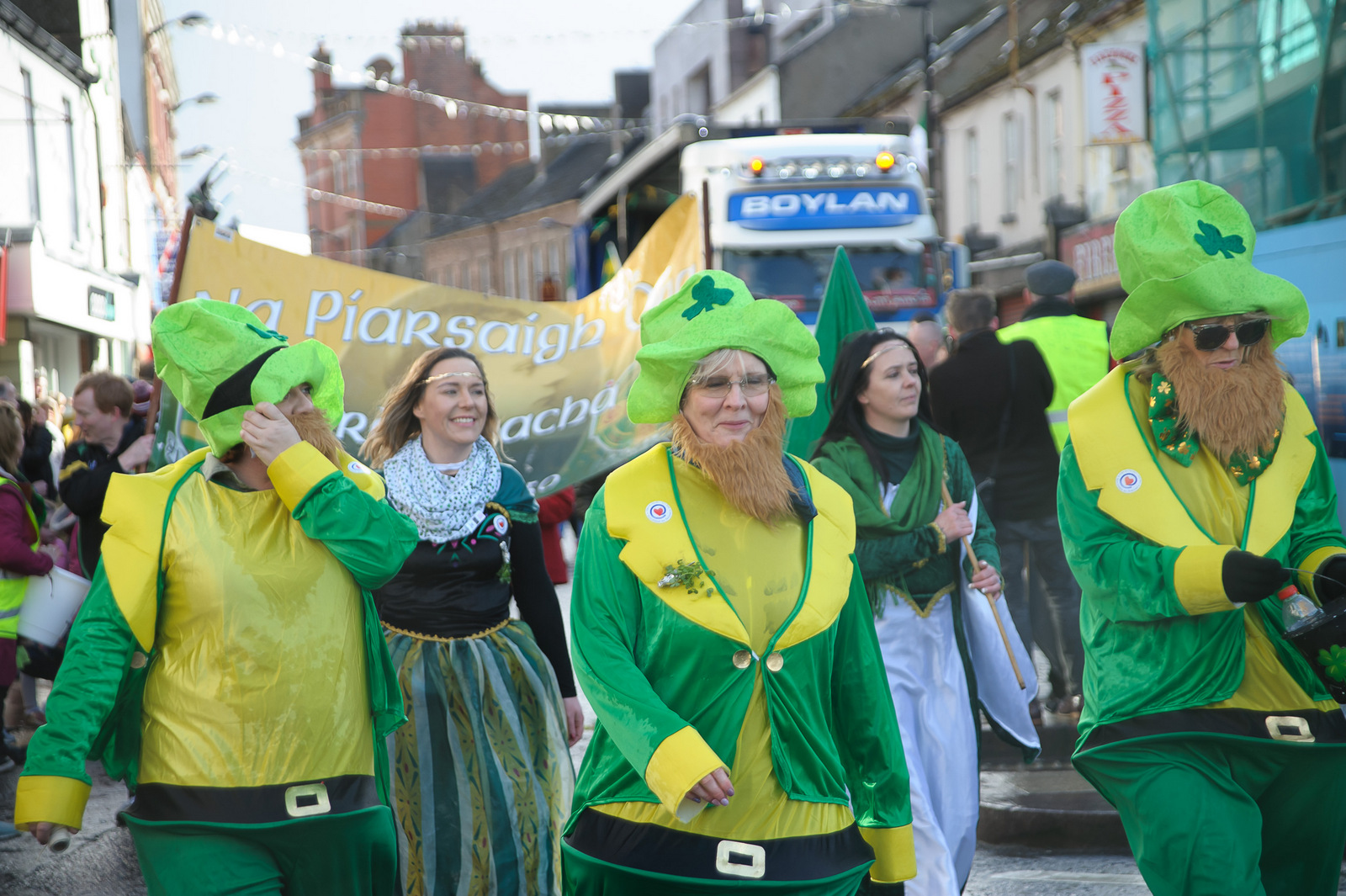