Stephen has now taken up the post and will be based in the consortiums offices at Sherry Fields Sports Complex. The WAC Chairperson Fiona Kelly welcomed the appointment saying " The West Armagh Consortium have for many years now strived to get a full-time resource in place at Sherry’s. I am confident that local community groups and the community in general will be able to benefit from this appointment.

The programme under which Stephen has been appointed also has programme costs and I know that he has already been in contact with local community groups to consult on a beneficial action plan, a plan that will take the needs of groups into account. I would like to wish Stephen all the best in his new role."

The programme is a three year one running until 2021 and will encompass many aspects of community activities in the west of the city. Although based in Sherry’s Sports Complex, aspects of the programme will be delivered in the various community venues throughout the city. It is envisaged to utilise the network of community houses that were set up under the NRPB programme.

Although very overcast the annual St. Patricks Day parade in Armagh managed to avoid any downpours. As with previous years large crowds turned out to line the route of the parade as it made its way from the Palace Grounds to Cathedral Road, finishing off at Sherry Sports Complex. Even though the weather lacked brightness the floats certainly made up for it. Of course the parade was only one item on the schedule organised by the local councils in Armagh and Down to celebrate the patrons saints day and a full programme was published beginning on March 3rd and running until 19th March.

Over the holiday period it has been noted that the Callan Street Sherry’s Field area was relatively quiet in comparison to normal periods. Local residents have welcomed this but remain cautious and concerns have been expressed that this might be more to do with the recent publicity and increase in PSNI patrols than a genuine concern for the onslaught residents have had to thus far endure.
Community representatives have also added that they will continue to press the relevant authorities to follow through on action discussed at previous meetings. The issue of the weekly assault on the local community and the wanton destruction of leisure facilities is something that they are determined to tackle.

An Rith started off at the Bunscoil CBS and made it 's way down through the town to the Shambles, out Cathedral Road, Convent Road, Windmill Hill, Nursery Road, through Drumarg and finished of at GAA County Board Ceannáras Building

Further details of An Rith at Cairdeteo.com 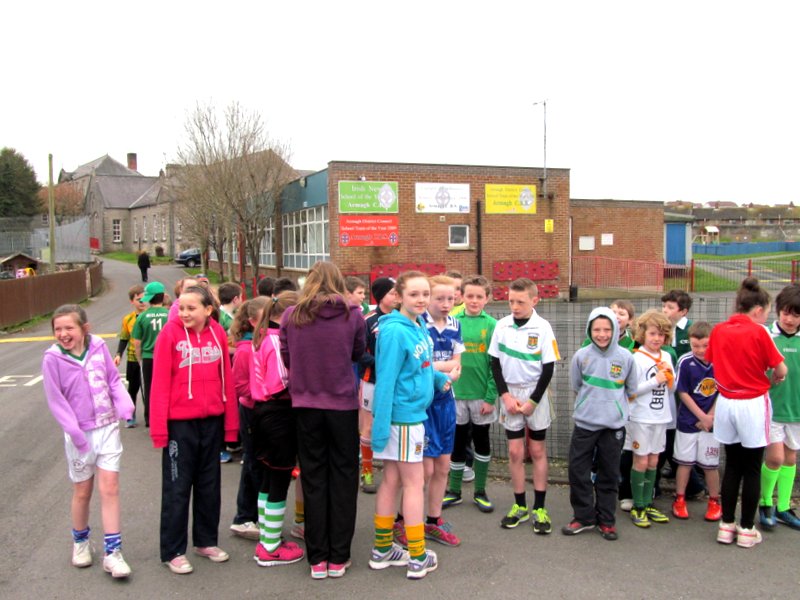 THE Armagh Club Championship will be changed from 2014 onwards to include a backdoor format. The motion, proposed by St Michael's, Newtown, was passed at this year's county convention and will apply to senior, intermediate and junior grades. All three grades are expected to have 16 teams in 2014 and an open draw will determine eight winners and eight losers.

The format will be as follows: