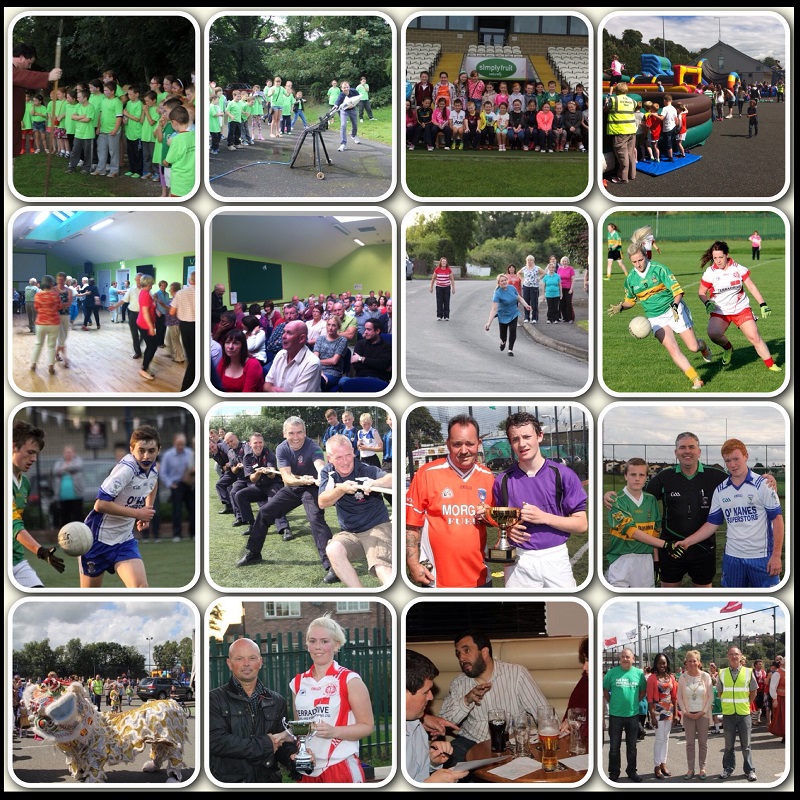 The West Armagh Community Festival began in 2001 the festival and takes place in early August. Designed to coincide with the anniversary of the introduction of internment in 1971 the idea was to divert energies at this particular time to something more positive. In the early years of internment the anniversary was a particularly volatile time of year. Protests were widespread and the city was no different and it was a period of considerable street unrest.

As the years past these protests gave way to what became seen by many within our community as an annual excuse for disorder in the form of road blocks, hijacking and car burning, merely attempting to copy the early years of protest. It was against this backdrop that community activists decided to both mark this notable anniversary within our community and divert energies away from this annual ritual.

Small in the beginning the West Armagh Community Festival grew and at one stage events run as part of it spanned several weeks. Perhaps the most colourful event was the festival parade that enjoyed the support and participation of local community groups.(pic of old parade) Subsequently, the level of street disorder diminished and the festival settled into its own routine. Over time the festival has reduced in size and number of events, however several of them remain especially the sporting aspect of the itinerary. The weekend closest to the 9th August sees the culmination of the various sporting finals. Efforts are already afoot to revamp the festival and reintroduce some of the initial events.