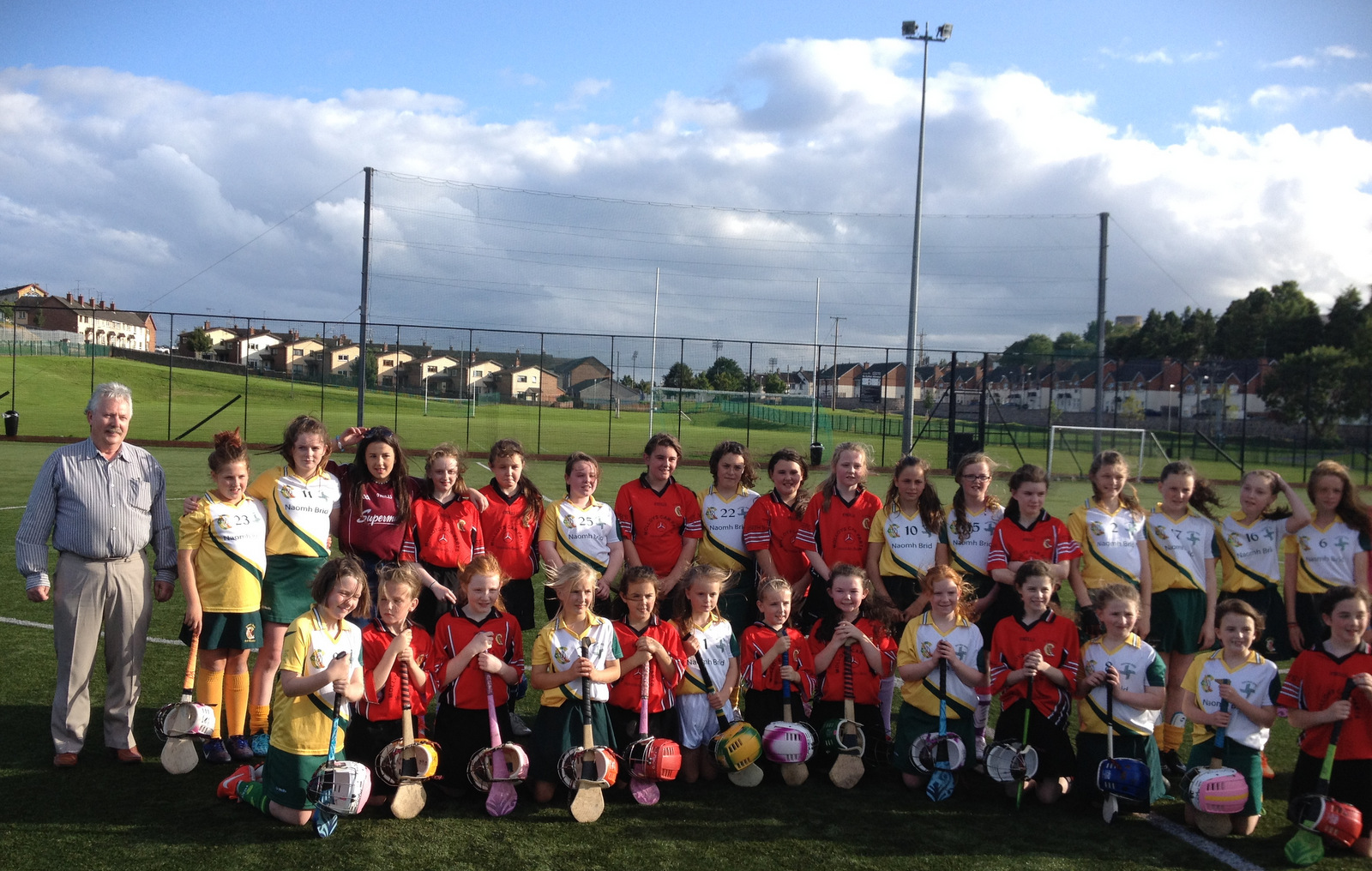 The West Armagh Community kicked off on Monday 3rd August with start of the children's summer camp. Held at our premises at Sherrys Field sports complex children form the west of the city are being given a week long programmes of sports, crafts, language and fun events. Monday started off with a football and camogie coaching session delivered by Julie O'Neill from St.Brigids Camogie Club. Many thanks to Julie and the volunteers who came along to help out.

It was somewhat appropiate that camogie should be on the menu as our first challage match took place on Monday evening when under - 12 teams from St.Brigids and St.Joseph's in Madden did battle for the Mallon/McIlvenna Memorial Cup.  Named in honour of local men Gerard Mallon and Peadar McIlvenna thhis is the first year of this challenge. St.Brigids were triumphant and became the first winners of the cup. St.Joseph's but up a valliant fight but St.Brigids proved just too strong for them, although Madden are already looking forward to claiming the cup next year.