Members of the West Armagh Consortium along with other community members who attended the recent genealogy course had an enjoyable trip to Dublin last Saturday. In a conclusion to the course the group began the day with a walking history tour of the 1916 battle sites. Finishing off the Garden Of Remembrance, the tour took in most of the significant sites in and around O’Connell Street, and Moore Street. 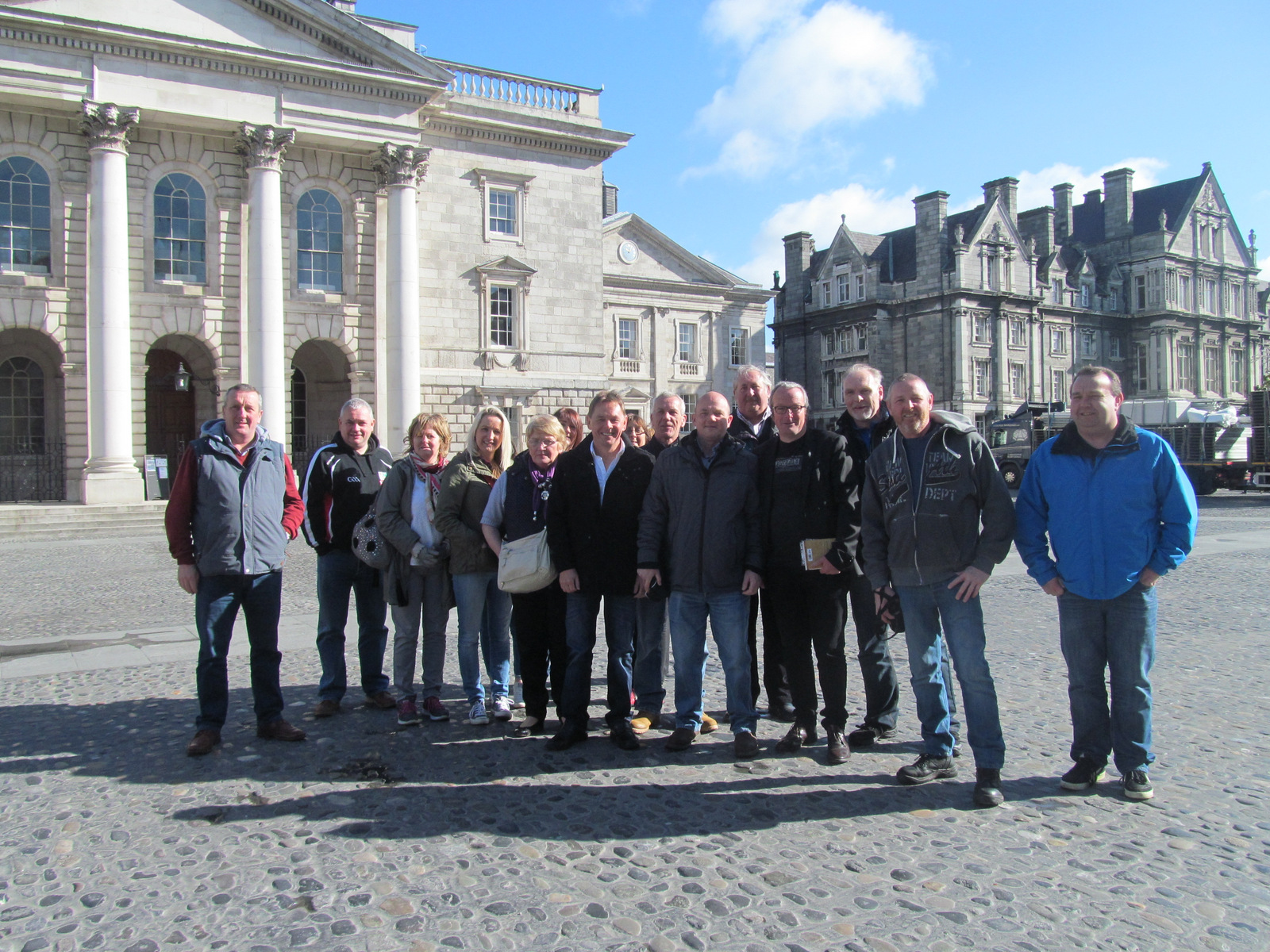 Then it was on to the Jeanie Johnston, a replica of the Jeanie Johnston famine ship that was used to transport Irish immigrants to America during and after The Great Hunger. Using the then accepted standards; the Jeanie Johnston was a very humanely managed ship. Its notable claim to fame is that no one ever died onboard the ship, even after it changed hands and was used solely for the purpose of transporting non human cargo. Upon foundering following a three day storm in the Atlantic; all hands were saved by a passing ship, thus preserving it unblemished record.

Last port of call was Glasnevin Cemetery. Cemeteries are a useful source of information in pursuing a genealogy line or a local historical event. For the group Glasnevin proved to be a very interesting part of the trip given the fact that so many notable individuals from Irish history are interred there 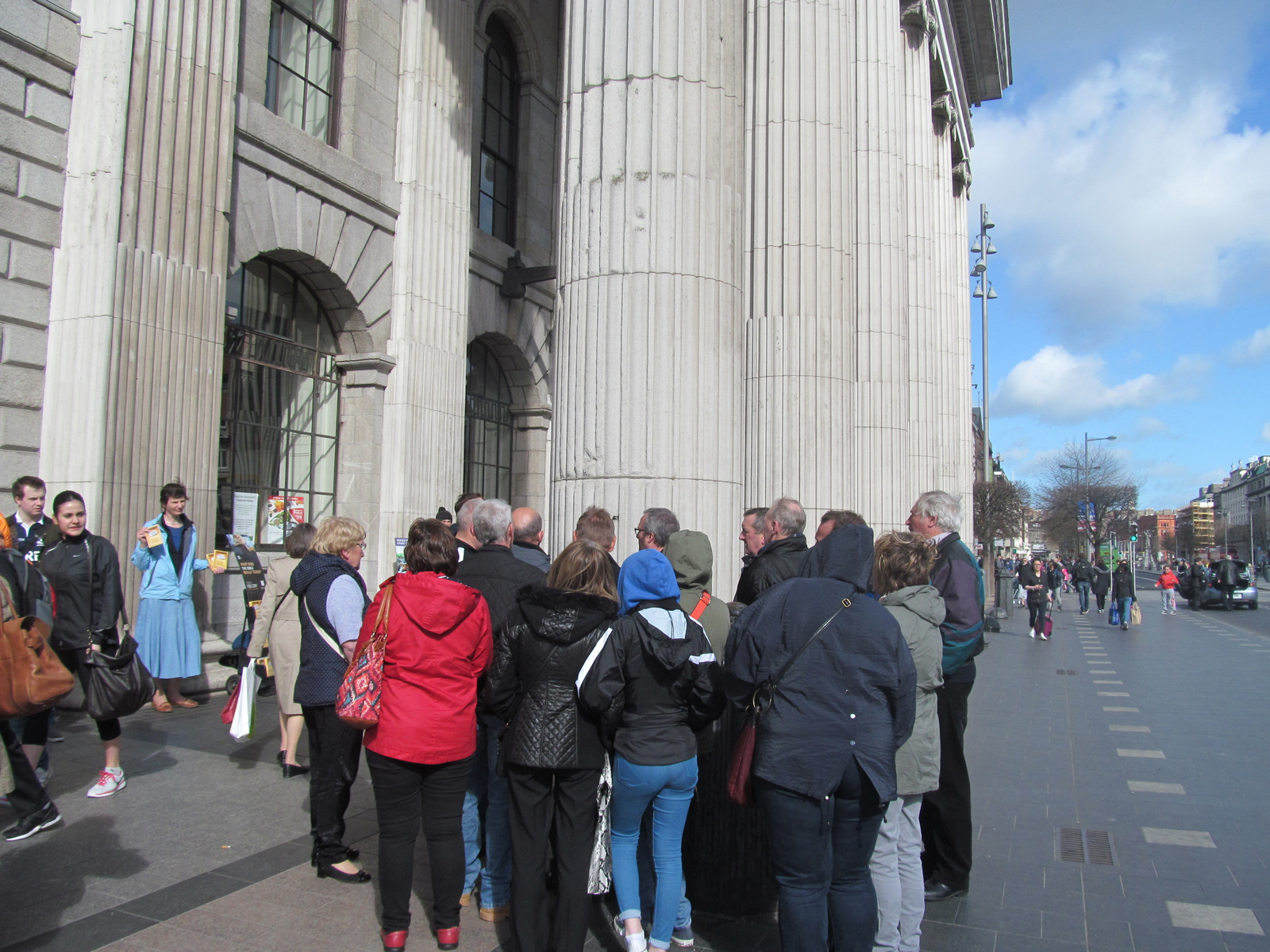 Checking out the bullet holes outside the GPO in O'Connell Street 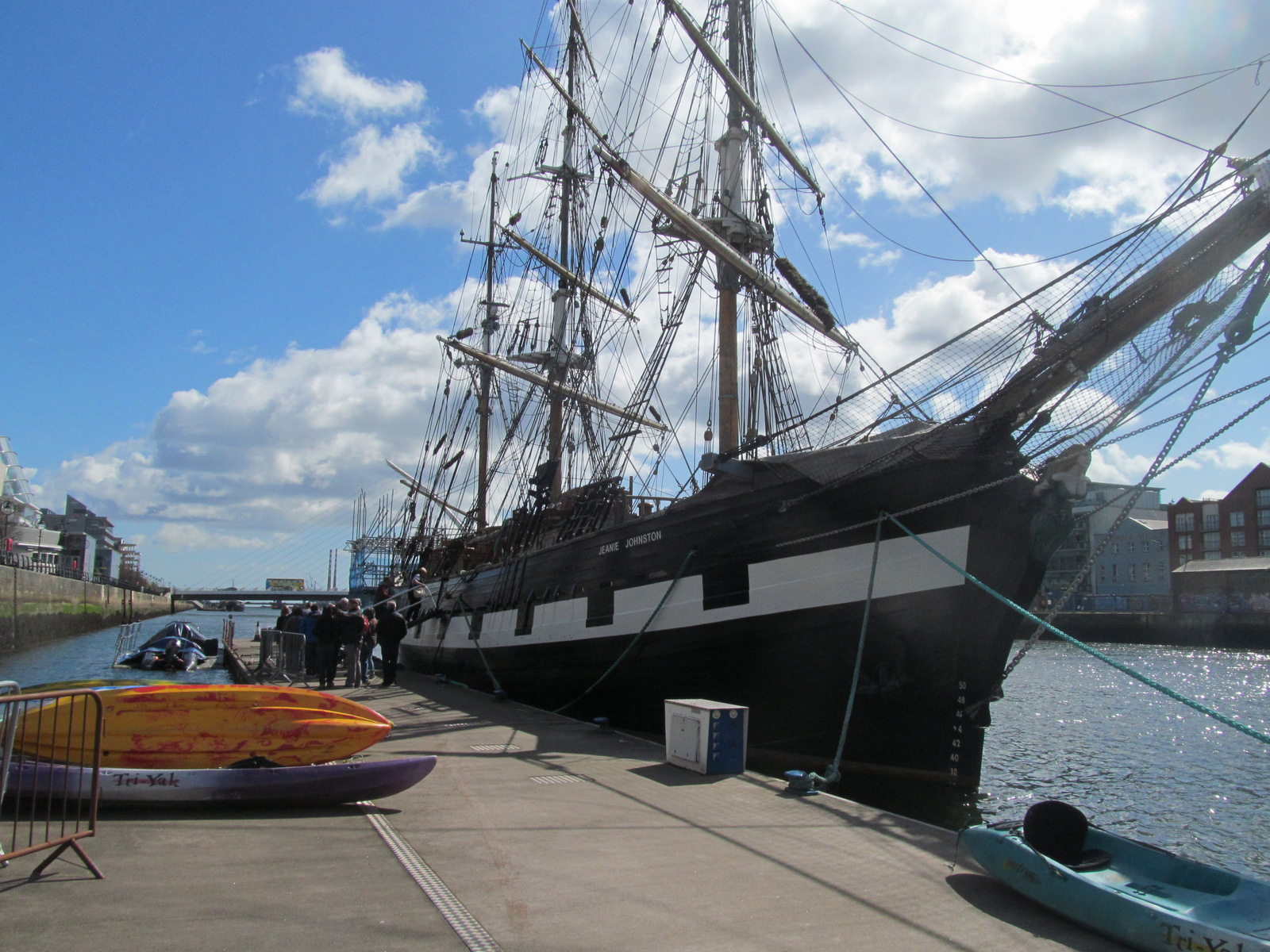 The Jeanie Johnston moored on the Liffey 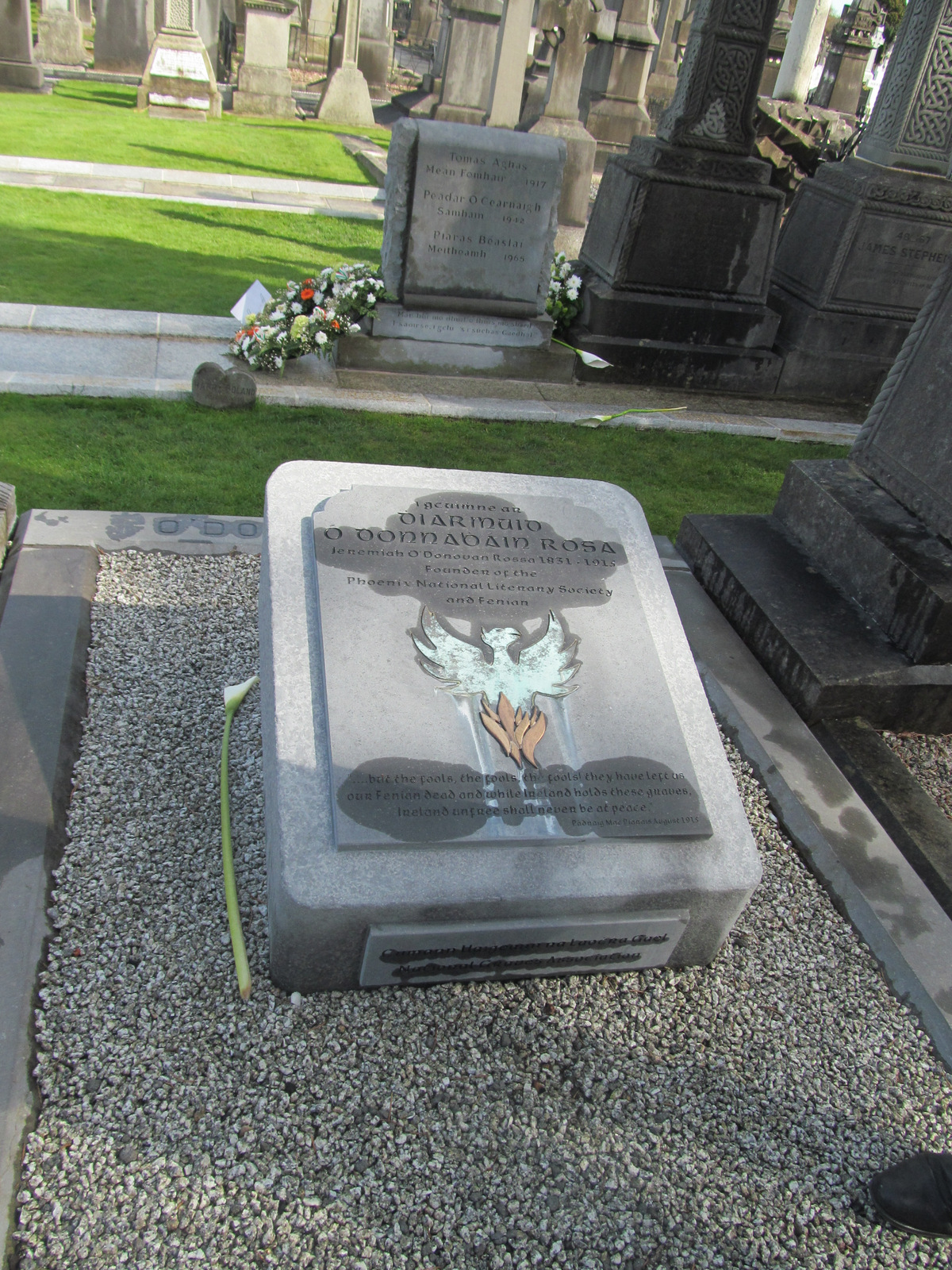 The grave of O'Donavan Rossa in Glasnevin